Today is International Women’s Day and what better way to celebrate it than with reading! The Small and Great story collection of the publisher, Alba Editorial, is addressed to little readers to help them discover who these great women of contemporary history were and what they achieved. They all fought for their dreams despite having all the odds against them. Each had something special to learn from and identify with.

In a word, they were women who transformed a small dream into a great story. Each made their dream a reality by dodging every obstacle in their path in different places and in distinct manners. It is an opportunity to identify with the personality you like best and that most resonates with you.

This collection of women who have gone down in history for turning their dreams into reality comprises more than 20 books written by Mª Isabel Sánchez Vergara and illustrated by different artists.

In boboli we have chosen 5 women from this small great collection to shed a little more light on their stories: 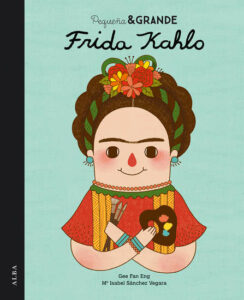 Frida Kahlo was born in Mexico and was unique from a young age. She had to surmount very complicated periods: a serious illness and a traffic accident that marked her life. She, however, never gave up. Kahlo is the most outstanding painter In Mexican art history and an artistic icon of the 20th century. Thanks to her paintings and strong personality she rose above all the hurdles life placed in her path. She continues to inspire women and men today and is undoubtedly an example of perseverance, struggle and courage that spurs millions of women on. 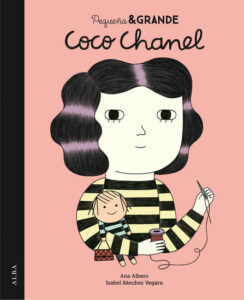 Gabrielle Bonheur, better known as Coco Chanel, was the grande dame of French fashion. She grew up in an orphanage and loved sewing as a child. She started stitching dresses for her dolls in different styles until she could develop her career as a designer. Thanks to her perseverance and dedication Chanel took women out of corsets, shortened their skirts and put a masculine look on a lot of garments. She triggered a revolution in the feminine image because she wanted greater freedom for women so they could achieve everything they proposed to. 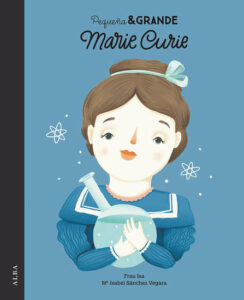 Marie Curie dreamed of being a scientist from her childhood days. She liked understanding the why of things and making discoveries. She had no right to higher studies because she was a woman and had to leave her country to study medicine. She was the first woman to be a Doctor of Science as well as Professor of the University of Paris in addition to being the first person in history to receive two Nobel prizes. She discovered radium and polonium and developed the theory of radioactivity for which she is considered the most inspiring woman in modern science. 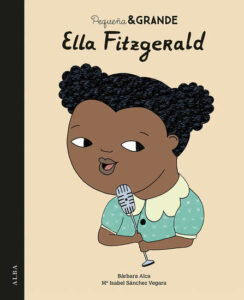 Ella Fitzgerald was the acknowledged Queen of Jazz because of her elegance and vocal technique. After spending her childhood in an orphanage in New York, she began her career when she was but 17. An incomparable woman who musicians like Frank Sinatra, Louis Armstrong and Duke Ellington baptised as the First Lady of Song, she won thirteen Grammys, which is more than any other female singer. 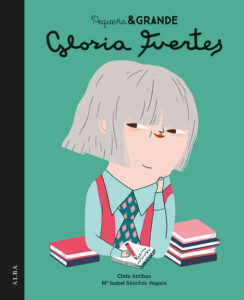 Gloria Fuertes, known as the “children’s poet”, is one of the great Spanish poets of the 20th century. As a child she loved telling her friends stories and writing her own. At 14 she published her first book of poetry and became the exemplar for an entire generation of girls. Through her works she defended equality between men and women, ecology and pacifism.

This is only a teeny example of great women who have achieved exceptional things and who have made history. So remember: nothing is impossible and the only limit is the one you place!

This error message is only visible to WordPress admins